BiOKRAFTSTOFF – ORGANIC POWER DRINK awaken the Gods © is a new Upper Austrian wellness and lifestyle brand, whose goal it is, in a sustainable way, to lead people back to what nature originally gave them: functional food, also known as “Superfoods”, which are not chemically enhanced, and which energise the body, spirit and soul in a natural way.

The basis of the sport-lifestyle and wellness drink BiOKRAFTSTOFF – ORGANIC POWER DRINK is green tea and it was developed using the principles of TCM and TEM (traditional Chinese medicine and traditional European medicine). The founders of BiOKRAFTSTOFF had the exceptional opportunity to take part in a nutrition seminar led by two of the most well-known TCM doctors from China and Vietnam. At the seminar they learned of the nearly-supernatural powers that certain plants can have on the human body. To highlight just two examples: ginger and green tee: two true energy bombs that not only strengthen the immune system but also give the body long-lasting energy, mental focus, as well as giving power to the muscles and the spirit.

Deeply impressed by the knowledge of the Asian doctors and their explanation of the fact that almost every human ailment is the result of a weakened immune system, the seminar experience led to the rationale and vision of BiOKRAFTSTOFF: if plants have so much power, why shouldn’t there be a drink which fulfills the promises of various chemical drinks, which don’t actually do what they promise. “Sugar in itself can’t be seen as an energy source, although for example, many energy drinks are just called “energy drinks” because they, for legal reasons, need to have a certain percentage of sugar. Technically, this can be seen as energy, but it is in no way valuable for the human body – actually quite the opposite: after the insulin high comes an extreme low-point – it is a downward spiral that only causes glumness and low energy,” explains the TCM specialist: “In general, sugar should be avoided as much as possible. Food, specifically plant-food, should (with very few exceptions) stay as raw and close to nature as possible – this is one of the basic principles of Chinese medicine. Chemical dietary supplements can even potentially cause cancer and are often not utilisable by the human body. It would be more sensible to drink smoothies made from a flower meadow or from fresh fruit,” explains the doctor. “Humans need to relearn the fact that nature is the biggest marvel and also highly valuable for the human body.”

When asked what a generally healthy diet is, the doctor explains: “Humans today eat A: too much, B: too many chemicals and C: not enough natural products. If people were to consume far more natural products, they would be able to forgo the useage of all kinds of dietary supplements and would strengthen their immune systems for the long-term. This would reduce the usage of industrially-made medicines and, going even further, would drastically reduce industrial-human-ailments like allergies, obesity, depression, and according to recent studies, also cancer,” explains the physician.

Nutritional psychiatry: Your brain on food 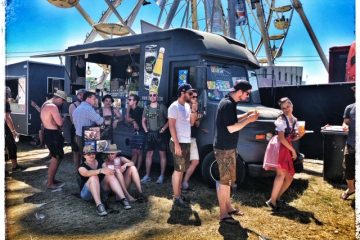 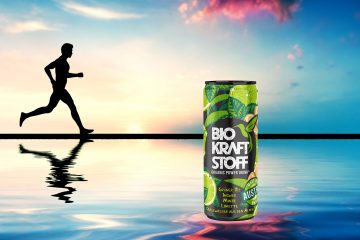